Get fresh music recommendations delivered to your inbox every Friday.

by All Tiny Creatures 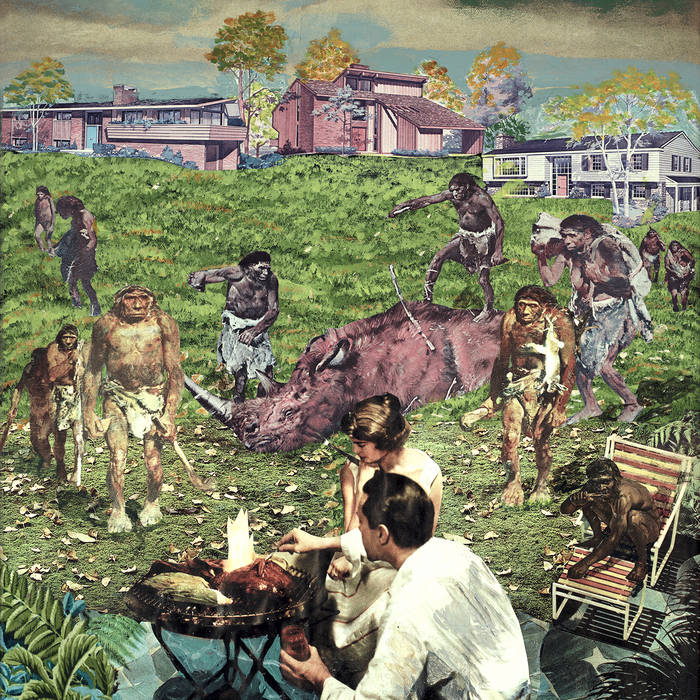 "Dude, look what I just got." It started with a text. All Tiny Creatures' founder Thomas Wincek was at work on the new album. He'd just found a Rockman, the headphone amplifier designed by Boston founder Tom Scholz. Basically a guitar DI Box with multiple effects built in, this is what Def Leppard used all over Hysteria. I had no idea. For those vast radio jams of my youth, my brain had been the effects processor. You hear a sound and you make a decision about where it comes from. When I started listening to All Tiny Creatures, it was always a multiple choice question -- and the answer was somewhere between a machine and a memory.

A couple months later, I was listening to Drexciya and watching King Crimson live videos. I was hearing Beach Boys songs I never knew existed. Wincek was curating my lunch breaks, and, simultaneously, scattering the breadcrumbs so I could find my way forward. Like leaving a note for yourself before you time travel, I was learning the secrets of Dark Clock. All Tiny Creatures' second album is an ode to the intertwined bodies of music and technology. A familiar, primordial ease is wrapped up in pulsing electricity. In ten songs, the Wisconsin-based four-piece reminds us that our blood-filled frames are responsible for making the tangle of wires around us. We're still inventing fire.

"This is like pop music from an alternate universe," wrote Wincek. Cut to "Comets," the album's first song and its undeniable sense of transportation. Conceived quickly after their 2011 debut Harbors, "Comets" first appeared on a mixtape built around the song "An Iris," a highlight of their first album featuring Justin Vernon on vocals. Over the next few months, "Comets" became a staple of All Tiny Creatures' live set, evolving in real time. That first sound you hear on Dark Clock has traveled a long way. Like the ancient light from a star -- and like the album's striking cover art -- it gives you that primitive tingle while flooding your brain with visions of the future.

All Tiny Creatures is Wincek, along with Andrew Fitzpatrick, Matt Skemp, and Ben Derickson. Between their triangle of homes in Madison, Milwaukee, and Fond du Lac, they are key players in both the lineage of and the current vibe zeitgeist in Wisconsin music. Wincek, Skemp, and Fitzpatrick are also part of Volcano Choir, the sonic collision between Justin Vernon and the venerable Collections of Colonies of Bees. Longtime friends, the process of creating Dark Clock was its own song for the band. First conceived by Wincek nearly seven years ago, All Tiny Creatures runs on the fuel of exploration and experimentation, as well as on high sonic standards. From sampling computer-speech pioneer Charles Dodge on "The Book" to inviting Julian Lynch to play clarinet on "Reunion" to pretending to be another band entirely on "A Lone Sound," ("We tried to imagine what it must have been like writing music using primarily a Fairlight CMS, one of the earliest, most primitive samplers"), Dark Clock is as conceptually vast as it is viscerally immediate.

When I heard "Quickest Cut," I realized where Wincek had taken me. He took the blindfold off at the top of the ferris wheel, right when the guitar solo kicked in. The land that stretched out around us was lush and green, marked with glass skyscrapers and grazed by woolly mammoths. It was as endless endless as the improvised guitar loop the song was built on. I understood it now, the road we took in, lined with telephone poles and aluminum fences. I could see where it started, in those woods. I could see where it ended, in those woods. Dark Clock, like everything I've ever heard All Tiny Creatures create, is a neurotransmitter. From the click of a keyboard to the click of a breaking stick, it connects the dots between where we are and where we came from. You just dial in where you want to land, hold on, and let go.